Stories from a Descendant of the Beck Family – On June 20th, we celebrate Waterpower Day. This date and the Beck family symbolizes many things – first and foremost it was chosen because it is the birthdate of Sir Adam Beck. Sir Adam Beck was a Canadian politician and waterpower advocate who founded the Hydro-Electric Power Commission of Ontario. His dream was to create a hydroelectric system, funded by the provincial government using water from Niagara Falls and other Ontario lakes and rivers to support electricity for all.

Sir Adam Beck I and II, two of the largest waterpower facilities in Ontario, located in Niagara, bear his name. Over the past year, since its inauguration, municipalities and communities across Ontario have proclaimed Waterpower Day. This day is an opportunity for the industry to raise awareness of the true value of the 224 facilities and thousands of workers producing one quarter of the province’s electricity supply. Waterpower is a renewable, reliable and affordable source of electricity that is embedded in villages, towns, Indigenous communities and cities all across Ontario.

“More than two hundred years ago my great-great-great grandfather, Frederick Beck, was born in the southwest area of Germany known as the Duchy of Baden. It was an interesting time as a French statesman and military leader, Napoléon Bonaparte, was fighting a series of battles in Europe, including Germany.

Frederick married Barbara Morlock and in 1816 they had their first child, Jacob Beck, my great-great grandfather. In 1829, the Beck family left Germany and came to America. They first settled near Schenectady and a couple of years later they crossed the Niagara River and settled in the little village of Doon in Upper Canada (Ontario), three miles west of Galt. Their son Jacob at the age of thirteen stayed in Schenectady and worked full-time as he was interested in the machinery of iron foundries.

In 1836, Frederick Beck purchased 20 acres of land three miles west of Galt for $100 on a top of a hill over-looking a stream that ran into the Grand River. There he built a dam, formed a lake called Willow Lake and erected a flour and grist mill which he operated.

Jacob rejoined his family in Upper Canada and settled around and in Preston. During his time in Preston he established a foundry and began manufacturing plows, iron pots and kettles for farmers. Jacob also invented a water-wheel with great power from springs gushing out of the hillside, using underslung buckets on his water wheel.

During this time Jacob married and they had a son named Charles but shortly after his wife died. Soon after Jacob met Charlotte Hespeler, daughter of Jacob Hespeler, married and had three children while living in Preston. In 1854 he sold their home in Preston for $4,000 and went searching for a mill property and came upon Wilmot and purchased 200 acres of land. The majority of the land he converted into a town site and built lots under a survey dated 1855. Thus the town of Baden was founded by Jacob Beck in honour of Baden, Germany where he was born.

The land he purchased had a number of springs which gave rise to a tributary which in turn flowed into the Grand River at Galt. This enabled him to build a number of water power systems in the area. You wonder where Sir Adam Beck got his passion and vision to build Ontario Hydro? Not only from his father, but also his grandfather Frederick Beck.

During that time Jacob and Charlotte had another son in 1857, Adam Beck. Adam left Baden in 1874 at the age of seventeen and on December 29, 1911 he turned the switch on that brought electricity from Niagara Falls for the first time.

Adam Beck moved to London and married. In1898 Beck ran for provincial legislature for the first time, but lost. In 1900, Beck founded the London Health Association, which would later develop into the University and Victoria Hospitals. In 1902, he was elected mayor of London and a few months later was elected to the Ontario legislature as the member for the London riding. He was re-elected mayor in 1903 and 1904 while simultaneously serving as a member of the provincial legislature (which is no longer permitted). Already a wealthy man, he donated his salary to charity while serving as mayor. In 1905, he was appointed minister without portfolio in the government of premier Sir James P. Whitney.

With the slogan “Power at Cost” – in Latin, “dona naturae pro populo sunt” (“the gifts of nature are for the public”) – he convinced Premier Whitney to create a board of enquiry on the matter, with him as chairman. The enquiry suggested creating a municipally owned hydroelectric system. In 1906 Whitney appointed Beck the first chairman of the Hydro-Electric Power Commission. He was knighted by King George V in 1914 for his promotion of electricity and development of transmission lines.

Jacob had 6 children but only had one grandson and that was my grandfather, Horace Beck, who also worked for Ontario Hydro. Horace married Dorothy Drew whose older brother George Drew went on to become Premier of Ontario. Horace and Dorothy Beck had one child and that was my mother, Diana. My grandfather died in 1959 which ended the family surname Beck, but thanks to Ontario’s waterpower heritage the Beck family name will live forever.”

The OWA would like to sincerely thank Paul Bolté for sharing the rich history of the Beck family’s contribution to Ontario’s original economic prosperity – fueled by waterpower.  It is truly a history worthy of our recognition. To learn more about waterpower and join us in celebrating Waterpower Day Click here. 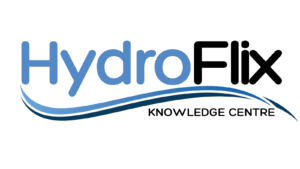