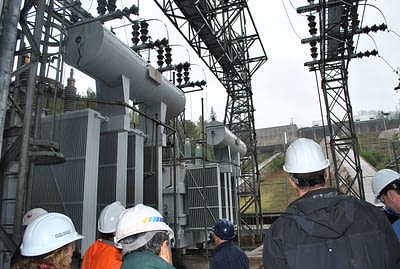 Ever wonder why in Ontario we use the term “hydro” interchangeably with “electricity”? Hydro or waterpower was responsible for the electrification of the province. It is the energy engine that built Ontario’s original economic prosperity. It has been providing reliable, affordable electricity for more than a century.

In countless towns and cities across the province, the very identity of the community is inextricably linked with the generation of electricity from falling water. There are more than 120 hydroelectric facilities across southern Ontario, and approximately 223 in the province.

There are approximately 3,000 dams in Ontario that are currently not supplying hydroelectricity, but are serving alternative purposes (flood control, navigation, water management, etc.). Optimizing these existing resources and retrofitting for the future is a great opportunity for long term prosperity at a community level. 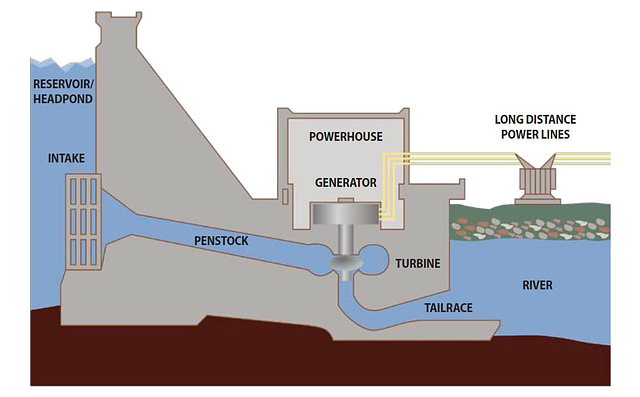 Waterpower generation harnesses the energy of moving water and the hydrologic cycle.

The hydrologic cycle begins with the evaporation of water from the surface of the ocean. As moist air is lifted, it cools and water vapor condenses to form clouds. Moisture is transported around the globe until it returns to the surface as precipitation.

When water flows downhill the force of gravity changes the potential energy to kinetic energy. The higher the hill, or drop, the more kinetic energy is created.

Renewable electricity is generated from an energy source that can remake or replenish itself. The energy of flowing water is such a source. So is the movement of the wind, the rays of the sun and the heat of the earth.

In contrast, coal, nuclear energy and natural gas are not renewable resources. They do not replenish or remake themselves. They must be mined, refined, transported and one day they will be gone. Renewable energy is also important because it creates very little green house gas (GHG) emissions and so helps reduce one of the causes of climate change.

The OWA is committed to contributing to advancing science and knowledge of relevance to the waterpower industry and has published a series of Environmental Best Management Practices (BMP). Additional useful information sources include: