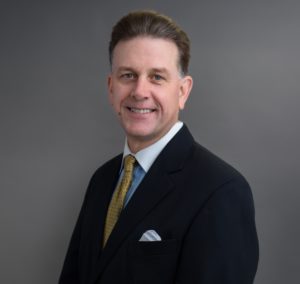 Stephen has worked in the power industry for 20 years, including all types of hydro, natural gas-fired generation, wind, solar, biomass, and biogas. Stephen leads and executes H2O’s growth strategy; he is responsible for the acquisition, development, and financing of hydroelectric projects across North America. Stephen lead multi-disciplinary teams in the successful acquisition of sixteen U.S. hydro facilities representing almost 1,400 MW of nameplate capacity. Previously, Stephen was a Vice President with Competitive Power Ventures (“CPV”), Inc. where he was responsible for the development of all CPV’s natural gas-fired power generation development projects (and associated natural gas pipeline and transmission lines) and large scale wind projects, across Canada. Prior to joining CPV, Stephen was a member of the Probyn & Company and Clean Power Income Fund team responsible for business development and acquisitions. Stephen has experience working with the IESO, the Ministry of Energy, and various First Nations Groups across Canada and is a member of the Board of both the Association of Power Producers of Ontario (“APPrO”) and Ontario Water Power Association (OWA). Stephen has also been the APPrO Annual Conference Chair from 2005 through 2019. Stephen holds an MBA from the University of Toronto and an Honours B.A. degree in Economics from the University of Waterloo.

Paul Young is Vice President of Generation Development at Orillia Power Generation Corporation.  He oversees the operation of three hydroelectric generation stations totaling 15 MW. He actively pursues new business ventures including hydroelectric and solar projects in Ontario. Paul directs the activities of supervisors and technical staff; develops and administers operating and capital budgets, review workforce resources and equipment and ensure all applicable regulatory requirements are met. Prior to joining Orillia Power, he worked at Gemini Power, and prior to that Paul managed a small Hydro practice within IBI Group, where he was responsible for undertaking feasibility studies, design, approval, and construction management for over twenty-five waterpower projects mainly in Ontario but also across Canada and abroad (Zimbabwe, Philippines, Bolivia).  Paul holds a Bachelor of Applied Science (Civil) from the University of Toronto and is a Licensed Professional Engineer in the Province of Ontario.

Mr. Carter has more than 18 years of experience in the independent power industry and has focused primarily on the development, permitting, construction, and operations of hydroelectric generating facilities. Since 2002 he has developed, permitted, and is now responsible for operating 51 MW of generating capacity for Regional Power. He has also permitted a 25 MW development-stage project, and two projects (19 MW total) which are under construction and will be complete in early 2016. James also manages Capstone Infrastructure’s portfolio of operating hydro sites totaling 36 MW and is actively pursuing new business development opportunities in the international renewable energy space for partnership, development, or investment by Regional Power. 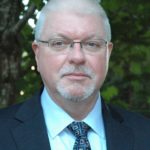 Bill Touzel has been immersed in Renewable Energy and Environmental Science industries for over 30 years. In addition to executive leaderships and entrepreneurial roles with consultancy and technology companies, he is directly involved in waterpower project development, construction, and operations in Canada and abroad, on behalf of many public and private sector clients. He is also co-owner/operator of a run-of-river Hydro Low Generating Station, giving him direct hands-on experience in all aspects of the waterpower industry. Bill has been a member at various times of several board of directors. For several years he was a member of the Project Peer Review Committee for the FCM “Green Municipal Fund” and was once nominated for the Canadian Business “Entrepreneur of the Year” by the Ottawa Chamber of Commerce, and “Employer of the Year” by ECO Canada. He has spearheaded several corporate development initiatives, including the acquisition of a public company by RTO, and the acquisition of sale of several waterpower facilities, an analytical laboratory, and three environmental engineering businesses. Bill has been active in the OWA for over a decade, particularly in areas related to First Nations capacity building, environmental assessment, and regulatory issues.

Scott Stoll is a partner at Aird & Berlis LLP and a member of the firm’s Litigation and Mining Groups, as well as the Energy, Environmental, First Nations, and Infrastructure teams. He deals with both private and public sector clients who own or develop significant infrastructure or operate in regulated industries, including utilities, mining, and manufacturing. He regularly appears at the Ontario Energy Board and the Environmental Review Tribunal on a variety of issues, including rates, licenses and facility applications, expropriation, IESO-administered markets and regulatory compliance. Scott advises proponents responding to government procurement and regularly works with government ministries and agencies to assist clients in developing projects and ensuring innovative approaches comply with regulatory requirements. With respect to Ontario Waterpower Association initiatives, Scott has represented a number of members on a precedent-setting case to secure a modification to Hydro One’s license allowing the deferral of connection deposits. He also represented the OWA in negotiations with the Ministry of Natural Resources and Forestry (Endangered Species Template Agreement) and the IESO (HCI base agreement). Scott has participated in a number of ad hoc committees of the OWA, including the Building Capacity initiative with First Nations, making submissions on proposed legislation, cost pressures on waterpower projects, and the Community Engagement Toolkit for Waterpower Developers. Scott has assisted a number of OWA members in FIT and LRP procurement matters. 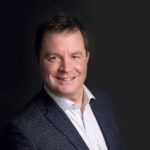 Nick is the Vice President of Energy Markets for Ontario Power Generation. In this role, he is accountable for all of our commercial operations including the commercial contracts with the IESO and neighbouring jurisdictions, market affairs, the 24/7 power control centre, and trading activities in Ontario and the US North East.

With a keen interest in practical strategies that deliver economic, social, and environmental benefits, Nick is an advocate for the development of an efficient and innovative energy sector.

Nick has an MBA from the Insead Business School (Paris) and a designation as an International Project Manager. 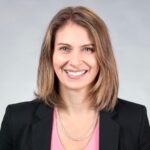 Bonnie Hiltz has over a decade and a half of experience working in Ontario’s electricity sector.  Since 2005, Bonnie has been intimately involved with the evolution of electricity supply policies, having worked at both the Ministry of Energy and the Ontario Power Authority (now the IESO).  She has contributed to the design and implementation of the coal phase-out strategy and multiple supply procurements for renewable and gas generation. She was also involved in contract management functions for billions of dollars of supply agreements with the OPA/IESO.

Bonnie left the public sector in 2014 to oversee Government and Regulatory Affairs for a major international utility and energy services provider.  In this role, she advised on supply and de-carbonization policies and assisted business development efforts across Canada.  In her current role as Vice President in the Energy and Environment group at Sussex Strategy, Bonnie serves a number of clients in the energy sector as they navigate the complex government and regulatory environment.

Bonnie has previously served on the Boards of the Canadian Solar Industries Association and the Canadian Wind Energy Association (now merged as the Canadian Renewable Energy Association).  She has an M.A. in International Relations and Political Science from the Munk School of Global Affairs, University of Toronto. She is fluent in French and Spanish and has lived in the United States, France, Switzerland and Costa Rica.

Vince Kulchycki is the Chief Operating Officer of Lakeland Holding Ltd, parent company to Lakeland Power Distribution, Lakeland Energy and Bracebridge Generation Ltd. With his 25 years of experience in the power industry in Ontario and 15 years managing the growth of engineering and technical departments within the electrical utilities, his team was successful in combining the operations of multiple smaller LDC’s to create an overall larger and more efficient one. Lakeland Energy specializes in fibre optics communications and IT support under the branding of Lakeland Networks.  Networks provide one of the first true 1GB/sec fibre optic high-speed internet services in Canada.  This company has consistently increased in revenue and is presently exceeding all targets.  In 2015 it received small communities funding from the federal and provincial governments for an $8.6M expansion to underserviced areas. In both 2015 and 2016, Lakeland Networks has been nominated business of the year by the Bracebridge Chamber of Commerce. In 2004, Bracebridge Generation owned and operated three water generation sites.  Between 2005 to 2016, they successfully installed a new facility, upgraded two existing facilities and purchased six existing waterpower stations, improving reliability and output.  Bracebridge Generation prides itself in being a respected member of the communities and stewards in water management.  All sites have contracts including HCI, RESOP and FIT.  In 2004, Bracebridge Generation became an active member of the Ontario Waterpower association since and Vince has continued to be involved in various committees and working groups during this time.  Vince was nominated 2016 Businessman of the year by the Bracebridge Chamber of Commerce. 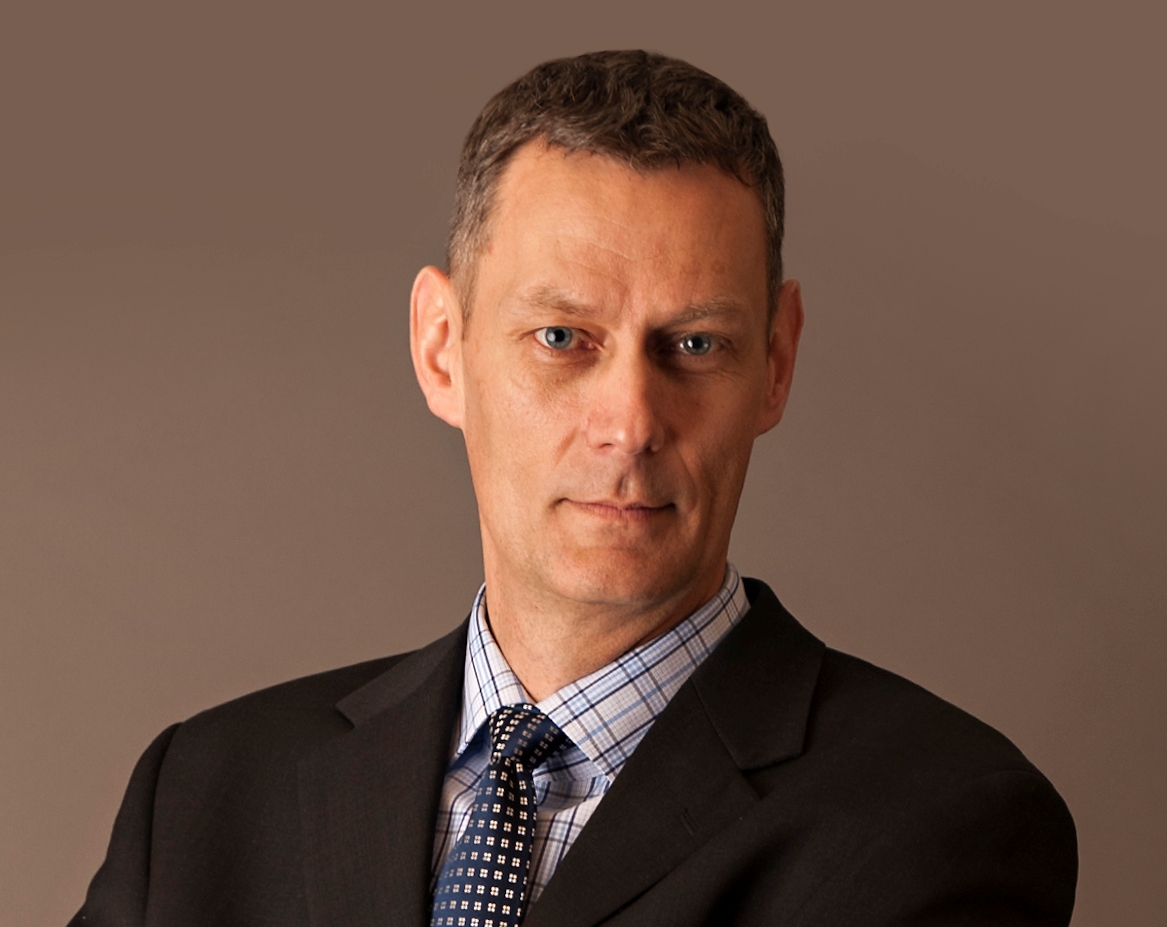 John has been involved in the waterpower industry for over thirty years in a variety of roles: consultant, project manager, business development and senior management. His experience encompasses diverse regions including Ontario, Quebec, British Columbia and the Philippines; and a wide range of hydroelectric technologies. In his current position as Vice President of Generation & Retail Services for Peterborough Utilities Inc., John has led the growth of the organization’s renewable generation portfolio from 6 MW to approximately 50 MW, including the successful development and expansion of a number of waterpower projects under various IESO programs.  John has been active member of the Ontario Waterpower Association (OWA) for many years, participating as a panelist in numerous Power of Water Canada conference sessions, and as a member of the OWA team responsible for negotiating HCI contracts with the IESO.